Posted on September 22, 2011 by welshnewsnot 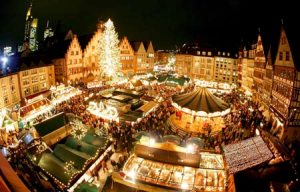 Santa Claus is coming to town - a month early

SWANSEA Council chiefs are so happy about Swansea City’s first Premier League win they have decided to bring Christmas forward by five weeks.

The Swans finally realised that they actually needed to score goals to win games in the top flight, and kick-started their season with a 3-0 win against mighty WBA.

With celebrations only just dying down after their virgin Premier League three points, party hard council chiefs are already looking forward to their next knees up.

But with success on the football field hard to come by and the Christmas party season still some three months away – the council have greedily taken the unorthodox approach of bringing the Christian holiday forward to Saturday, November 19.

It’s a day when Swans fans will need some yuletide joy, as their team are likely to get absolutely battered by league champions Manchester United.
But while a win on the pitch is unlikely, Swansea Council hope the droves of visiting die hard Man U fans from Essex will result in success for the city’s economy.

The town will paint itself in Santa’s traditional Coca Cola colours of red and white to sell Christmas to glory-hunting Manc fans.

Chris Holley, Swansea Council leader, said: “Manchester United is the most famous football club in the world and the date of their game at the Liberty Stadium was the one many fans kept a lookout for when the fixtures were published at the start of the season.

“We hope they’ll bring an army of travelling fans with them and it’s fantastic news that Christmas is taking place in the build-up to the big game.

“We’re always looking at bringing events to the city centre that will attract thousands of people and boost traders.

“The combination of Christmas and the Manchester United game will generate a terrific atmosphere.”

Surprisingly, the Swansea Christian Union were not totally against the idea of an early celebration of the birth of Jesus Christ.

Christian Union representative Noah Holyness said: “The commercial flogging of Christmas is nothing new, but Jesus would have wanted Swansea to take advantage of this prosperous situation.

“He was born in the Middle East so he’s bound to be a bloody Man United fan himself anyway.”

He added: “Studies of the New Testament also indicate that Judas Iscariot would have been a Cardiff City fan.”

We like the news, we like the news from Wales, we like having a laugh - surely the news isn't meant to be taken seriously, is it?
View all posts by welshnewsnot →
This entry was posted in South Wales, Sport and tagged Christmas, Manchester United, Swansea City. Bookmark the permalink.