Is it because I is Welsh? 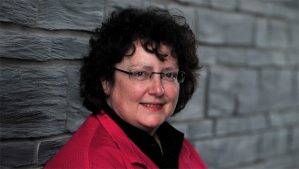 AN Assembly Member’s dream of a rap career has been dashed after she was banned by her local radio station in a row over bad language.

Plaid Cymru AM Elin Jones had hoped to launch an assault on the pop charts after losing her rural affairs minister role when her party lost its shared grip on power at May’s Welsh Assembly elections.

But her plan has been dealt a blow after Aberystwyth based Radio Ceredigion banned the would be rapper from the airwaves – fearing she would turn them blue.

However Ms Jones, or Elin Cool J to give her rap moniker, claimed the ban was based on prejudice. She said: “Is it because I is a Welsh speaker?”

Ms Jones said having been a government minister for four years from 2007 she realised what little power politicians actually have, and would instead follow the path trailed by politically charged rappers such as Chuck D of Public Enemy fame instead.

“I’d been a minister and still didn’t nothin’ change,” said Ms Jones: “The man don’t wanna know, I tried to introduce a badger cull. It had the support of my peoples (farmers), but it couldn’t get past the courts. That’s when I realised I’m just too gangsta for this shit.”

But her gangsta rap styles have failed to hit home with her Ceredigion constituency: “I’m told that I’ve been blacklisted by Radio Ceredigion. That’s not all good for the Ceredigion AM.

“An interviewee on Radio Ceredigion was told recently that my name could not be mentioned on air, and apparently that’s word from the management. I know  Radio Ceredigion’s new owners, Town and Country Broadcasting, is mad pissed with me because I got all up in their grill.”

Town and Country Broadcasting’s managing director Martin Mumford showed a worrying inability to understand just how the medium of speech radio works. When contacted by the media, he would only say: “No comment.”

We like the news, we like the news from Wales, we like having a laugh - surely the news isn't meant to be taken seriously, is it?
View all posts by welshnewsnot →
This entry was posted in Entertainment, Politics, West Wales and tagged Aberystwyth, Elin Jones AM, Plaid Cymru, Radio Ceredigion, Welsh Government, Welsh language. Bookmark the permalink.